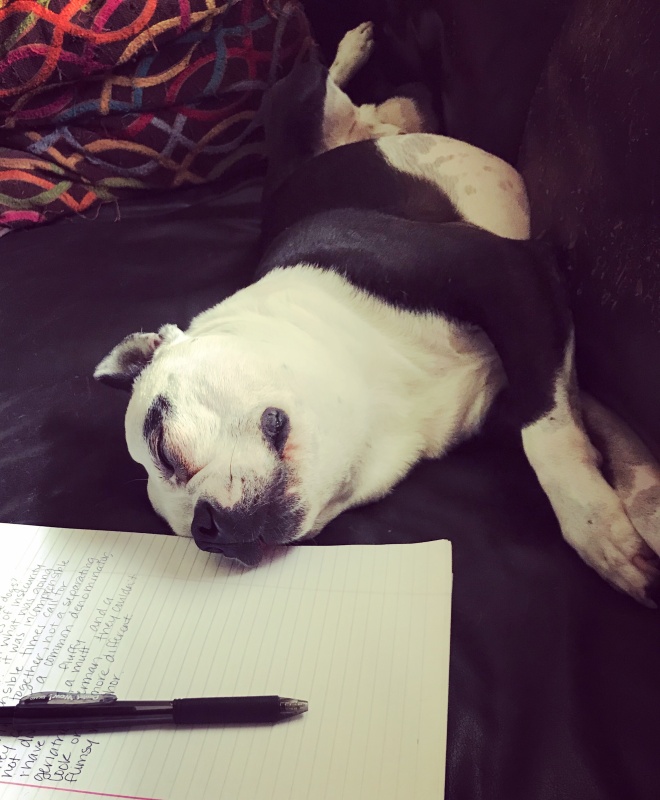 When it comes to sleeping and dogs, there are two kinds of people: those who let their dogs sleep with them and those who don’t.

Stacy and I are in the first category. We both grew up with a dog in the house, and have kept a dog or two for most of our lives. I was used to sleeping with my doggos before the two of us became a couple, and I was glad I didn’t have to make my case regarding that policy.

Looking back, it has been nearly three months since Beans made a change. Until then, the whole time I’ve had him, Beans has slept down by my feet or legs. Suddenly, he began sleeping up near my head. He’d nuzzle between my body and my arm, or if I was sleeping on my side, he’d lie behind me, back to back. I’d wake up and his head would be on the pillow, next to mine.

An interesting thing about dogs, as I’ve mentioned before, is that they have the special ability to sense our feelings, and they respond accordingly. Whether it’s the look on your face, the tone of your voice, barely perceptible changes in your body odors, or minute differences in your body’s electrical emissions, dogs pick up on it.

Beans had noticed the downswing in my mood, long before I did. He had sensed a change in me and changed his behavior accordingly. We take care of dogs and they take care of us. Just one more thing in the long, long list of things to love about dogs.

How do your animals make your life better?