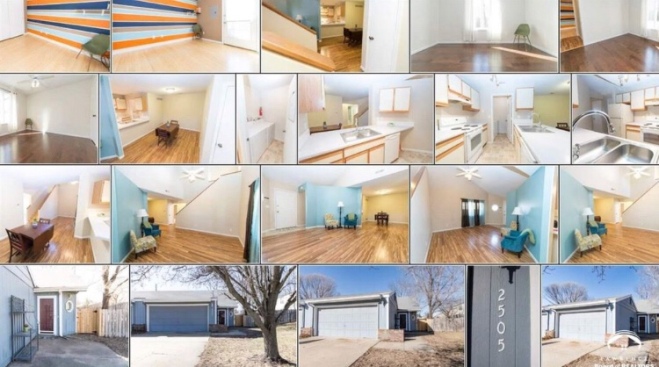 I put my house on the market a few weeks ago. In a little over a week, I will hand the keys to the new owners. It took me longer than I expected to be ready to let it go, but I’m glad it sold fast.

I bought the house six years ago, when my then-partner and I moved from Wichita to Lawrence. We both had new jobs in town, and were looking forward to starting the next chapter of our lives. I doubted that any landlord would rent to us. We had four dogs and three cats, and I couldn’t imagine those words coming out of my mouth to the face of the owner of real property I was asking to be allowed to inhabit. So, I bought the house.

In the three years that she and I lived in its two-car attached, three bedrooms, one-and-a-quarter baths, great room and galley kitchen, we filled it with those four dogs, three cats, a total, over time, of eight foster kids, and our love.

Until, suddenly, our love wasn’t there anymore. It seemed sudden at the time, anyway. Love doesn’t really ever go away suddenly, though. It ebbs slowly, in the details of daily life; seeps away in the moments when you’re not paying attention. Until, one day, you look at each other and agree it’s just over.

I haven’t lived in the two-car attached, three bedrooms, one-and-a-quarter baths, great room and galley kitchen for nearly two years now. It’s actually kind of ridiculous that I’ve owned it this long. But how long does it take to let go entirely of a life you’re no longer living? What delineates life as we know it from a previous life?

If I knew the answers to those questions, I might have seen the signs sooner… I might have tuned into the signals, instead of just going through the motions of life.

Part of me wishes that I’d been able to turn the page at least a couple of years sooner than I did. Another part of me knows, though, that I wouldn’t have been ready for the unwritten.

It took time for me to be ready to let go of that two-car attached, three bedrooms, one-and-a-quarter baths, great room and galley kitchen that housed that love, those dreams, that life.

It took time for me to accept that it’s Nobody’s Home.

Was there a time when you had a hard time moving out of a home? What was the hardest part?

Was there a time when you had a hard time moving on in life? How did you finally get unstuck?

One thought on “Nobody’s Home”