We finally did it. Well, Stacy finally did it. He got a bark collar for Ripley (this is where I engage in a mental conversation about the name of the device, or rather, how most people refer to it). We’ve had the little blonde bundle of fur for a year, so it’s been a long time coming.

We waited so long to do it for several reasons. If you’ve read some of my previous posts, you know that we got Ripley as a rescue. That means that we know nothing about his social history. Given some of his behaviors, I think it’s fair to assume that he spent at least some time living on the street.

Before I unintentionally paint the picture that Ripley is a fuzzy hot mess, let me assure you that he is actually, overall, a really good dog. He is friendly, and generally obedient, and, most importantly for us, he is great with our kids — and that last one is a particularly tall order. But ever since we’ve gotten him, he’s been a barker.

Now I’m not the Dog Whisperer, but there are several reasons a dog might bark. First of all, it’s their job: barking to alert you to the presence of others in their territory. A dog might bark to greet familiar people, or to make a request. Yes, to make a request. Stop by our house at 6:00 a.m. or 6:00 p.m., and you will witness Beans reminding us that it’s chow time.

Ripley, though, is a little special. He barks forallofthereasons, and then some. We’ve spent the last year being perplexed and perturbed by his barkiness, trying to figure out what his triggers are, and why. Because the downside of a dog being overly barky is that people think they need to be afraid of him. And people are, many times, initially afraid of Ripley. That’s not good for us, it’s not good for the person in question, and mostly, it’s not good for him. 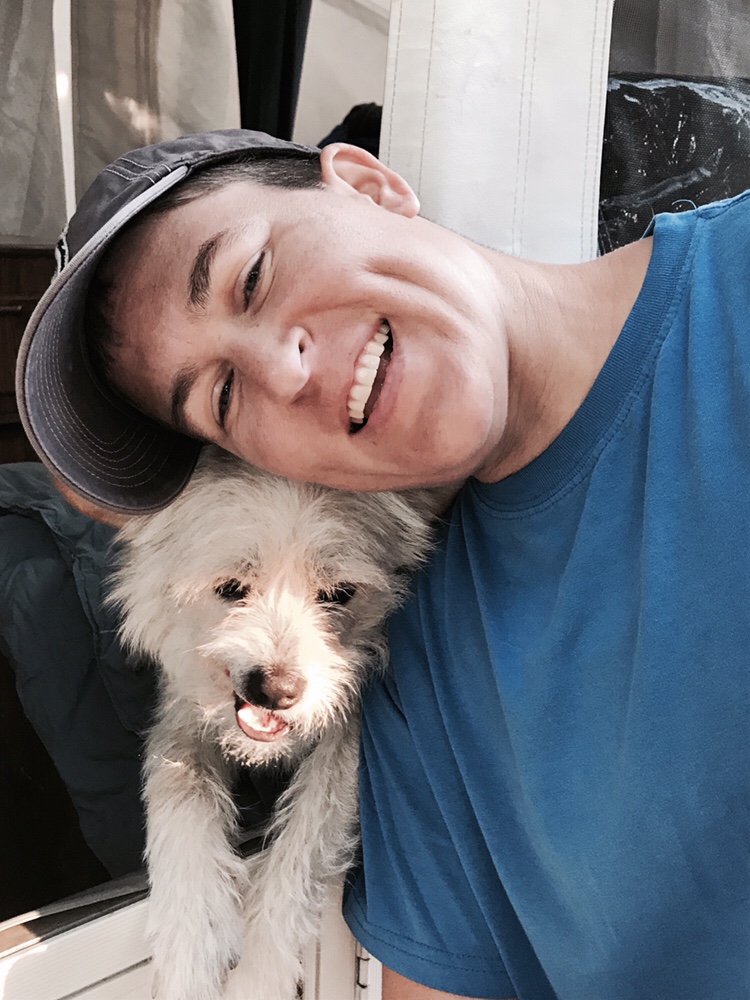 We have spent a year using other behavior reinforcement techniques to try to curb the frequency and magnitude of Ripley’s barkery. And, to some extent, those techniques have been successful. But there are only so many times you can be lounging on the couch with a sleeping dog who suddenly barks at the top of his lungs, and then tears off outside, bork-bork-borking all the way to the bounds of the yard. So, the bark collar.

Neither of us believe in corrections that harm the animal. I was initially surprised when Stacy told me that he bought the bark collar for Ripley. I was out of the state at the time, and even though he had mentioned it in the past, I wasn’t expecting the announcement. The collar that Ripley sports does not shock him in any way. Instead, it emits a high-pitched sound, akin to a dog whistle, that Ripley can hear, but that we can’t. The idea, as you can imagine, is that the sound is unpleasant, and once Ripley makes the connection that he is controlling the noise that is making his ears bleed, he will stop barking as often, thereby making our ears bleed less.

Today is Day Four of Ripley’s new necklace. It does seem, qualitatively, that he is barking less often, and for shorter spans of time. We noticed that it goes off when he is making “acceptable” noises, such as during play time. We decided to take the collar off of Ripley during play time, so that he can have regular play without getting corrected for it. One side effect we didn’t predict is that Beans can also hear the collar’s corrections. As a result, both of the dogs seem more docile.

Our goal is to continue to increase Ripley’s comfort with our pack and in our home, decreasing his anxiety and his need to bark unreasonably. I also think more time socializing with other dogs, which he loves, will help release some of that nervous energy. For now, I am pleased with the progress he is making with the bark collar. I feel like it is the right choice for us all right now. Hopefully, he won’t need to use it very long, and we can take it off for good.

Have you had a behavior challenge with a pet? How did you solve it?

3 thoughts on “Ask Not for Whom the Dog Barks”